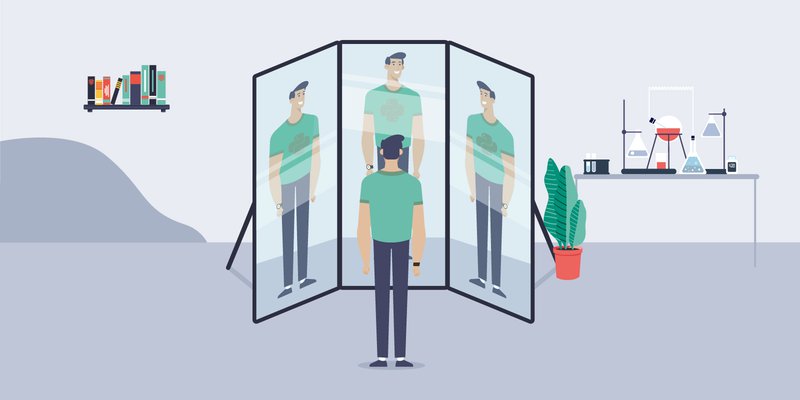 Singletons: Instantiate objects only once

Let's explore how Python deals with objects such as True, False, None, and why we use the syntax is True instead of == True in our code

When developing more extensive programs, being aware of different patterns can significantly help us solve problems even before they arise. One of those patterns is the creation of singletons, which are nothing else but objects that can be instantiated only once. In Python, we are exposed to singletons since the beginning, even if we are not aware of them. This article will discuss how singletons permeate our everyday programming and how we can bring them a step further.

Before we dive into singletons, it is important to remember how Python behaves when it comes to mutable and immutable data types. A list, for example, is mutable, which means we can change its contents without creating a new object. For example:

If the output of the code above puzzles you, I strongly advise you to check out the article on mutable and immutable data types.

When we have two lists like var1 and var2, we can see whether they have the same content:

But we can also see if they are the same object:

However, we can also do the following:

However, Python programmers are likely exposed to the following syntax very early on:

At first sight the question that could pop into anyone's mind is why can we use ìs in the example above. And the answer is that None is a special type of object, one that can be instantiated only once. Let's see some examples:

It means that through our code, there can be only one None, and any variable that references it will reference the same object, unlike what happened when we created two lists that had the same values. Together with None, the other two common singletons are True and False:

That completes the triad of singletons that Python programmers encounter daily. It explains why we can use the is syntax when checking if a variable is None, True or False. The examples above are only the beginning regarding singletons.

Python defines other singletons that are not that obvious and are mostly there because of memory and speed efficiency. Such is the case of small integers in the range -5 to 256. Therefore, we can do something like this:

In the example above, we can see two lists with the same elements. They are not the same list as we saw earlier, but each element is the same. If we want to get fancier with Python's syntax (just because we can), we can also run the following:

Small integers are not the only unexpected singletons in Python. Short strings are, sometimes, also singletons. We can try something like the following:

However, with strings, the reality is somewhat different. The process is called string interning and is described on Wikipedia. Python decides whether to allocate memory for strings as singletons based on some rules. First, strings must be defined at compile-time. It means that they should not be the output of a formatting task or a function. In the example above, var1 = 'abc' qualifies.

Python tries its best at being efficient, and it will intern other strings that it considers will help save memory (and/or time). For example, function names are interned by default:

Empty strings and some single-character strings are interned by default, as is the case with small integers:

The fact that some strings are interned, does not mean we can get too confident about it. For example:

As we can see in the example above, being a short string is not the only requirement. The string must also be made of a limited set of characters, and spaces are not part of it.

Therefore, the fact that Python is interning strings does not mean we should use the is syntax instead of the ==. It just means that Python is running some optimizations under the hood. Perhaps one day, those optimizations become relevant for our code, but likely they will go completely unnoticed (but enjoyed).

What we have seen up to now is interesting, but it does not answer why going through the trouble of defining singletons. One clear answer is that by having singletons, we can save memory. In Python, what we usually call variables, can also be considered labels, pointing to the underlying data. If we have several labels pointing to the same data, it would be very memory efficient. There's no duplication of the information.

Singletons are a programming pattern, and as such, they can be useful, but there's nothing we can do with them that can't be done without them. A standard example of singletons is a logger. Several parts of the program share information with the logger. The handler then decides whether to print to the terminal, save to a file, or don't do anything.

The crucial point of singletons is preventing multiple instantiations. Let's start by checking what happens when we instantiate a class twice:

As expected, both instances are different objects. To prevent the second instantiation, we must keep track of whether a class was instantiated. We can use a variable in the class itself to do it and return the same object. A possibility is to use the __new__ method of the class:

And we can test it:

This approach is relatively straightforward. We only need to check whether the instance was defined and create it if it does not exist. Sure, we could use __instance, or fancier ways of checking if the variable exists. The result would be the same.

Singletons are a pattern which, in the end, is hard to justify. So we can see one example on which we open a file more than once. Our singleton class would look like this:

Note a couple of things. First, we have defined file as a class attribute. We do this because the __init__ method will be executed as often as the class is instantiated. Therefore, we open the file only once. We can achieve the same behavior directly in the __new__ method after checking the _instance attribute. Note that we open the file in w mode, which means that we will overwrite the file's content each time.

And the contents of the file would be:

It is clear from the example above that it does not matter if we first define f or f2. The file to which we are going to write is opened only once. The contents get erased only once, and every time we write to it through the program, we will append lines.

We can also check if it is a singleton:

However, in the way we defined our class above, there is one huge problem. What would be the output of the following?

The code is valid, but the program will create only the first file (test.txt) and ignore the second instantiation argument. Another fascinating point is what happens if we removed completely the __new__ method:

By definition this class is not a singleton, since each time we instantiate it we will get a different object:

We are slightly cheating now because we changed the file attribute from None to an empty list. We do this because lists are mutable. When we append the opened file, the list is still the same and therefore shared among the other instances. In any case, the end effect is the same. The file is opened only once, and the lines get written in the same fashion as before.

The idea of this quick example is that opening the file only once is not a feature exclusive of singletons. Just by smartly using mutability, we can achieve the same effect in even fewer lines of code.

The singleton pattern can be of great help when designing lower-level applications or frameworks. Python uses singletons to speed up its execution and to be more memory efficient. If we compare the time it takes to resolve f == f2 and f is f2 in the singleton and not-singleton cases, we can see some time improvements in the first. Whether the modifications impact the costs and limitations of the implementation will depend on how often we check equality.

For higher-level solutions, however, the singleton pattern is harder to come by. I have tried to dig examples in other projects, but the only answer that comes back is the logger implementation. If anyone has an excellent example of using singletons in higher-level programs, I would be very grateful to hear it.

A side note that is worth mentioning is that the singleton pattern can easily break unit tests' idea. In the singleton example above, we could have modified the MyFile object by doing something like f.new_file = open('another_file'). This change would have been persistent and can potentially alter other tests. The spirit behind unit tests is that each one is responsible for one thing and one thing only. If tests can impact each other, they are no longer unit tests.